Worlds Play-ins Recap: Everything goes according to secret script

Now that the Worlds 2021 Play-ins stage has reached an end, we can take a look at what went down in the last few days. There was a lot of action, even with some drama that made the phase more interesting. In the end, four teams will be going through the group stage: LNG Esports, Hanwha Life Esports, DetonationFocusMe, and Cloud9.

Check where they land in our Worlds 2021 Pick’em Predictions. In this year’s Worlds, we saw the rise of the LJL team DetonationFocusMe. By winning the tie-breaker against Cloud9, they were able to secure a spot in the Group Stage. What was impressive by this team is their teamfighting and the way they were able to react to the enemies’ aggression. They have also a strong jungle-mid duo that is responsible for a lot of the early game pressure and playmaking. 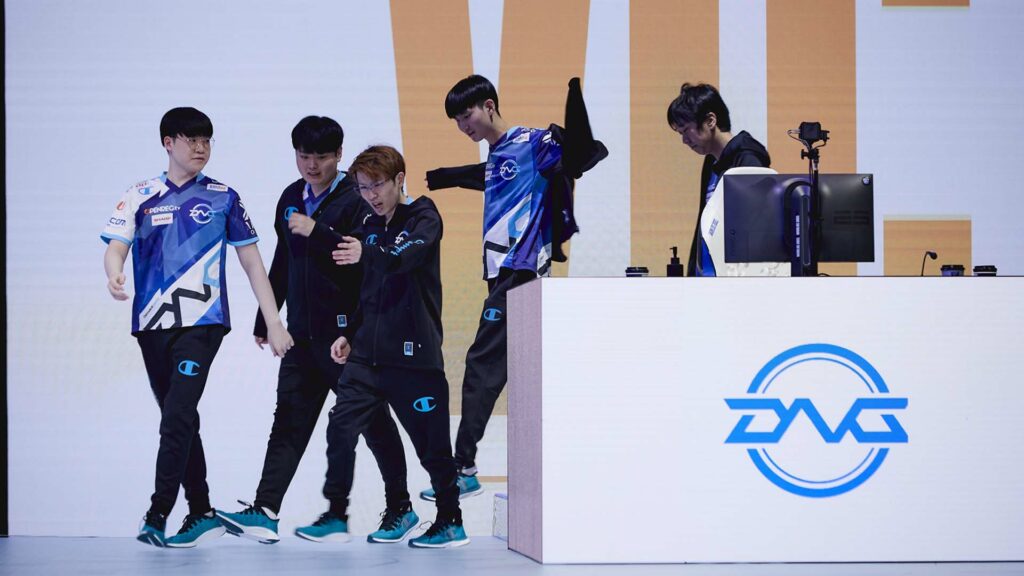 DFM will be in Group B, with strong teams like EDG and T1. It will be a tough group for the Japanese team, as they would require to at least win a couple of times against these top teams. The biggest worry is that their reactive playstyle won’t work as well versus much better and cleaner rosters. Also, DFM’s top lane is not able to play the various carry tops that have dominated the meta. Facing some of the best top laners in the world, this will undoubtedly be a weakness that will be exploited.

Having said that, just like they surprised us in play-ins, DFM might do the same in Groups. Maybe it might not be enough to advance, but a win here and there might be a strong result for what is considered a wildcard team.

Matchmaking and the Beyond Gaming Drama

While the Play-ins stage was a banger overall, the overall phase was stained by a very disappointing event. Beyond Gaming’s mid laner Chien “Maoan” Mao-An was suspended during the tournament for “association with gambling”. The player leaked some information regarding picks-and-bans for betting purposes to one of his friends.

The team, unfortunately, had to bear the consequences of their mid laner. BYG had to play with their substitute top laner in the mid-lane, hurting their performance. In the end, BYG was eliminated by Hanwha Life Esports in a quick 0-3 series.

Wildcard regions still have a lot to catch up

Apart from the impressive LJL team DFM, no other wildcard team was able to snatch a spot in the Groups Stage. LNG, HLE and C9 were almost expected by everyone to advance and they did meet expectations. There is still quite a big gap between the major and wildcard regions. The gap, however, is not usually related to the players themselves.

The talent is there, but what the wildcard regions need above everything is to work on their macro and overall coordination. The upside is that this can be fixed over time, although it might take quite a while to achieve. We saw that all the wildcards teams have quite a close competition: apart from the top 4 teams, the rest was quite packed.
Overall, this has been quite an eventful play-in stage. We’re hoping to see even higher competition in the upcoming years and that the wildcard regions can become the underdogs fans want to see.